Communicating Impact Authentically and Effectively As Impact Investing Heats Up

“We are not a company with a mission,” said one impact-minded CEO at last month’s MO CEO Summit in Portland, Oregon. “We are a mission with a company.” 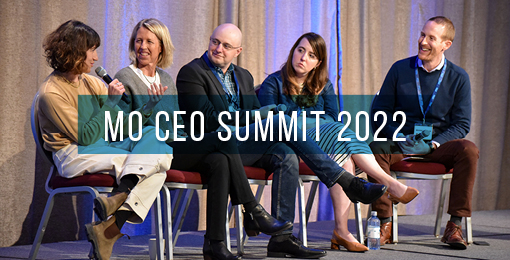 "We are not a company with a mission,” said one impact-minded CEO at last month’s MO CEO Summit in Portland, Oregon. “We are a mission with a company.”

That pithy proclamation came from the chief executive of a consumer food company – one which has, increasingly, become a household name – as she described the experience of leading a business that is committed to both profit and purpose in a time when capital is pouring into the impact market. Investments in her company have created tremendous new opportunities for growth, scale, and even greater impact, she said. But scale and growth have also brought new challenges.

Variations of that theme were common at the Summit, which was presented by Big Path Capital in partnership with BackBay Communications. Nearly all CEOs in attendance had been recently named to the 2022 MO100 Impact Ranking – a list that highlights the leaders of momentum-fueled companies, based on the companies’ revenue, growth, and impact. As such, the opportunities and the challenges described by the food company CEO were not unique.

Ultimately, many of the MO Summit CEOs were asking versions of the same questions: How do leaders stay true to mission and impact as the market heats up? And just as importantly, how do they best communicate that mission and impact to the stakeholders for whom it really matters?

There are no one-size-fits-all answers for these big questions, but over the Summit’s two-day run, some useful approaches became clear.