Writing is generally considered to be a process of exploration and discovery. But in most corporate settings, with accelerated timelines and very specific objectives, the content-creation process is a means to an end with a predetermined destination. 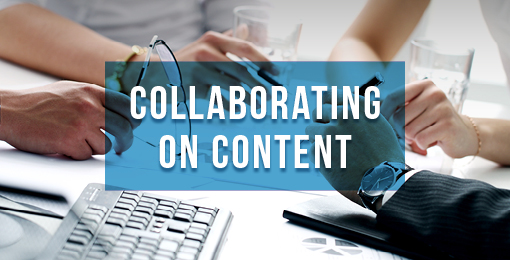 Death by a thousand cuts? Content strategies can live and die based on process. We believe BackBay’s approach helps clients meet the organizational demand for collaboration, while empowering content champions to push these efforts forward

This is an important distinction to keep in mind, because content as part of a larger communications strategy can also invite far more scrutiny and second guessing than traditional PR efforts. Often, it’s well worth the effort, as content provides a critical tool to tell a more nuanced story around a firm’s value proposition and key differentiators. But absent a process, the effort can fall apart very quickly.

Much has been written about the challenges inherent to a content-by-committee approach. But understanding that most organizations will seek buy-in from stakeholders across different functional roles, we’ve also recognized a distinct need to create a formalized process that both facilitates consensus building and empowers those who are willing and motivated to be a champion for content that serves the organization.

To be sure, our process around content creation doesn’t offer any deep revelations at first blush. In fact, it looks similar to any extemporaneous writing effort. At the highest level, it’s comprised of ideation, an outline capturing the ideas and themes that will be most persuasive, and then the actual writing and iteration phases until a final version is approved and published. Where our process adds the most value — underscoring a point that is generally overlooked — is in creating a prescriptive and rigid framework that identifies who exactly participates in the process and at which stage.

At the ideation phase, most writing projects will kick off with a brainstorming call to discuss the objectives, the media or channels that best lend themselves to the content being produced, and the potential themes to address. We’ll generally bring to the table suggested topics that may be relevant or topical or we will also serve as a sounding board for clients who already have an angle in mind.

A key point, however, is that in this initial brainstorming effort, anyone who will be called on to review subsequent drafts should be involved in the ideation phase, with the lone exception being the compliance team or, perhaps, the senior most executives who don’t have the bandwidth. This helps to prevent contributors further removed from the effort from inadvertently moving the target or changing the objective altogether, when content should be graduating to the distribution stage.

In the same manner that a sculptor creates an armature to provide the skeletal framework for their designs, writers will similarly produce an outline that maps out a path – from conflict to resolution – that delineates the themes being emphasized and how they will be arranged and supported as part of a larger narrative.

In creating an outline, we will generally conduct thorough research to identify potential proof points that add color and reinforce key themes. These will usually take form as specific examples or data points reflective of industry trends that impart crucial context. From there, we will have a follow-up interview with the subject-matter expert (SME), who typically serves as the byline’s author. The interview, which can take anywhere from 20 to 40 minutes, helps us capture the author’s voice and further refine the direction of the piece. The call, itself, is similar to any traditional media interview (and can actually help spokespeople refine their thinking or talking points on a particular topic). The goal, though, is to encapsulate the key points for a story that will allow us to “show versus tell” and offer examples and anecdotes that resonate with the intended audience.

Once the research and interviews are completed, we then create the outline that serves as the backbone for the piece, charting out everything from the lede and setup to the specific examples cited and, finally, the denouement.

Given the buy in of the wider group, however, it’s important that the first draft remains closely aligned to the approved outline. Generally, as the composition takes form, the writer may see fit to flesh out certain points with additional examples or even trim back areas to stay within a targeted word count.

An important consideration that often bears repeating is that professional writers take pains to prevent content from appearing too advertorial in nature, as an obvious promotional bent will diminish credibility. If the piece in question is to be pitched as a contributed article to a third-party publication, the first thing editors scrutinize beyond the quality and fit is whether or not the article is neutral and impartial.

Once the piece is drafted, it will generally go through multiple reviews. Internally, at BackBay, we’ll have at least one round of edits in which the client’s senior account team offers suggestions and edits based on their knowledge of the client as well as insights into the preferences of the publications to which they’ll be pitching the article.

Again, what’s notable isn’t necessarily who is involved, but rather who isn’t. Assuming the early drafts reflect what was mapped out in the outline, any iteration from this point forward should be focused on fine-tuning the article to capture the author’s unique voice. And most “wordsmithing” adjustments are best left to the article’s proposed author to avoid misconstruing a point they’re trying to convey.

To make the broader group aware of the progress, the article can be distributed to the wider committee once the byline’s author and communications team signs off on the finished draft. This is where it is important to have the group’s buy-in on the outline. Because as long as the committee, at large, has approved the direction of the piece and overarching narrative, their review should be more of a formality than an opportunity to revisit the objectives altogether or, worse, provide dissenting direction that leaves the effort at a standstill.

This is the fun part. Once the piece has been approved, BackBay’s account team then explores all of the different ways to leverage the material. One piece, for instance, can be formatted as marketing collateral; it can be pitched to either industry or mainstream publications as a contributed byline article; it can support ongoing social media strategies or provide a foundation for targeted campaigns; or it can even inform other mediums, from video and infographics to targeted pitches to beat reporters.

We’ve generally found that as firms recognize how central content can be to support an integrated communications strategy, it helps to motivate others within the organization to become advocates as well. And this is ultimately the best way to turn the critics into enthusiastic supporters who want to try their own hand at writing.